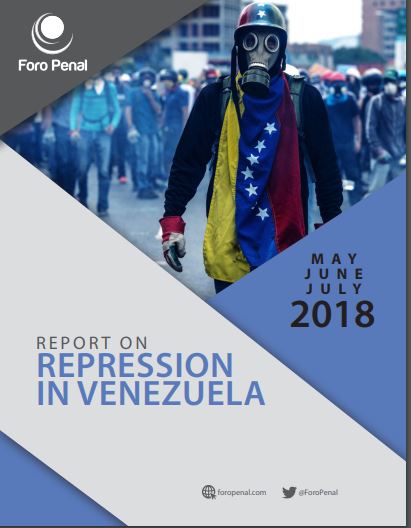 The Foro Penal provides the following figures for the months of May, June and July 2018, concerning repression:

– 102 is the total number of citizens arbitrarily arrested in Venezuela, from May 1st to July 31st of 2018.

– 5 civilians are awaiting trial and deprived of their liberty by the military criminal justice system, from May 1st to July 31st of 2018.