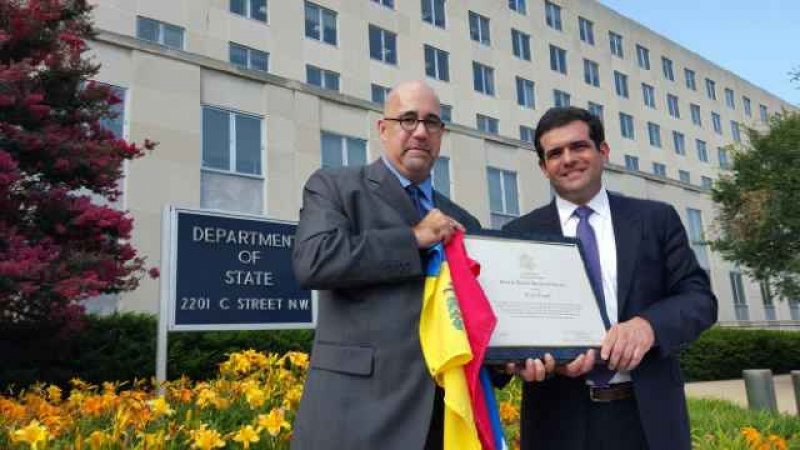 Today, July 16, its executive director, Alfredo Romero and its founding director Gonzalo Himiob Santomé, received the award as Human Rights NGO highlighted by its work in defense of human rights.

This award is given annually by the US Government to NGOs and personalities that excel internationally in the defense of Human Rights. It is hosted this year by the NGO Foro Penal Venezolano and the journalist from Kyrgyzstan Azimjom Askarov, a political prisoner since 2010 for his fight against police abuses and against human rights violations in his country.

Gonzalo Himiob Santomé said: “It is an honor for us to share this award with Askarov, who suffers at the moment unjust imprisonment and has even been tortured for having dared to raise his voice against abuse.” His struggle is the same as those who are unjustly imprisoned in Venezuela.” ‎

The VPF has assisted more than 2,500 detainees free of charge as a result of protests against the government of Venezuela since 2014. It has also assisted victims of torture and relatives of murdered people, such as Geraldine Moreno, Alejandro Marques, and Kluibert Roa, among many others.

Recently, members of the Penal Forum have been intimidated and persecuted. Such is the case of lawyer Marcelo Crovato who was imprisoned for 10 months in Yare 3 and who is still under house arrest, not even his preliminary hearing before the court has concluded.

Alfredo Romero, Executive Director of the Penal Forum said: “We accept this award on behalf of all lawyers and volunteers of the Penal Forum, we thank and praise the constant, committed and convinced social work of our Co-coordinators in each state.” 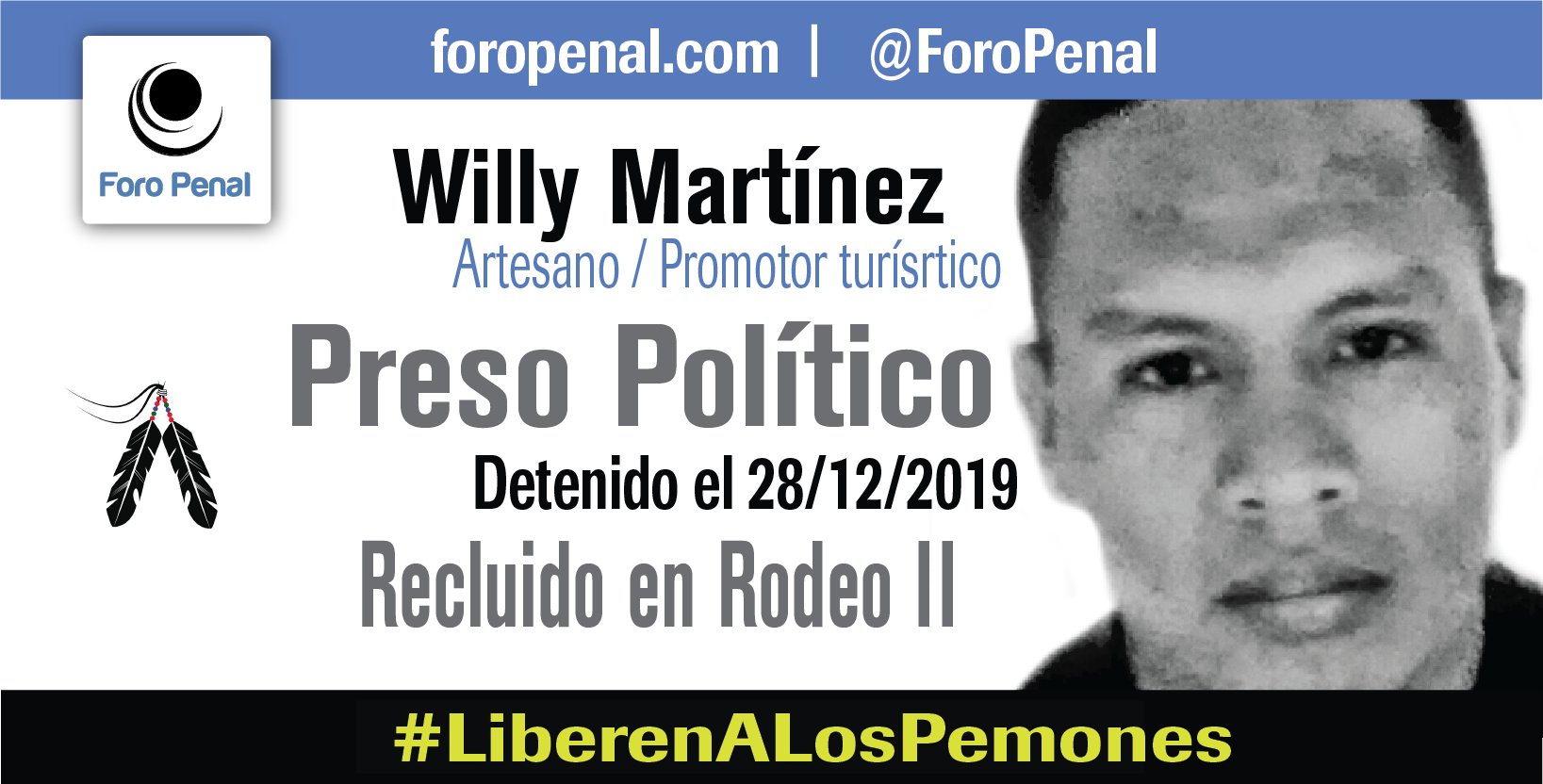 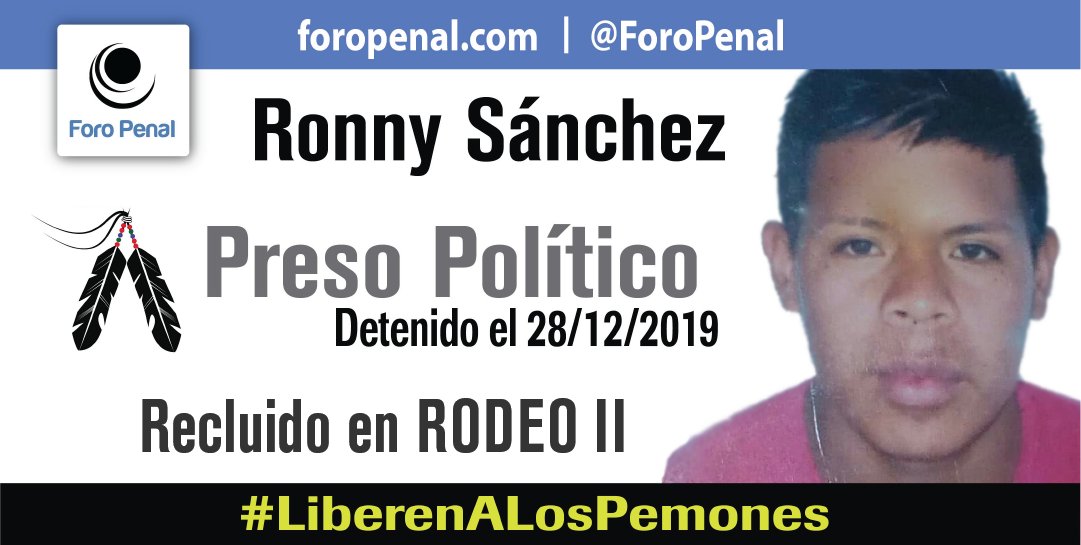 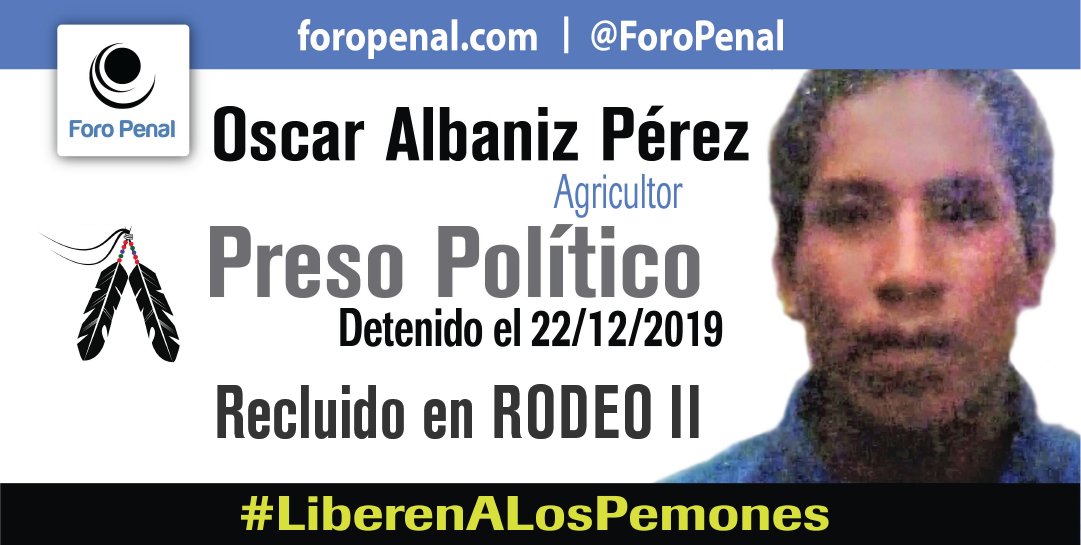